It's a revolutionary 2022 for the Ultron Foundation and the core team of over 40 senior developers who worked on the project in two years. 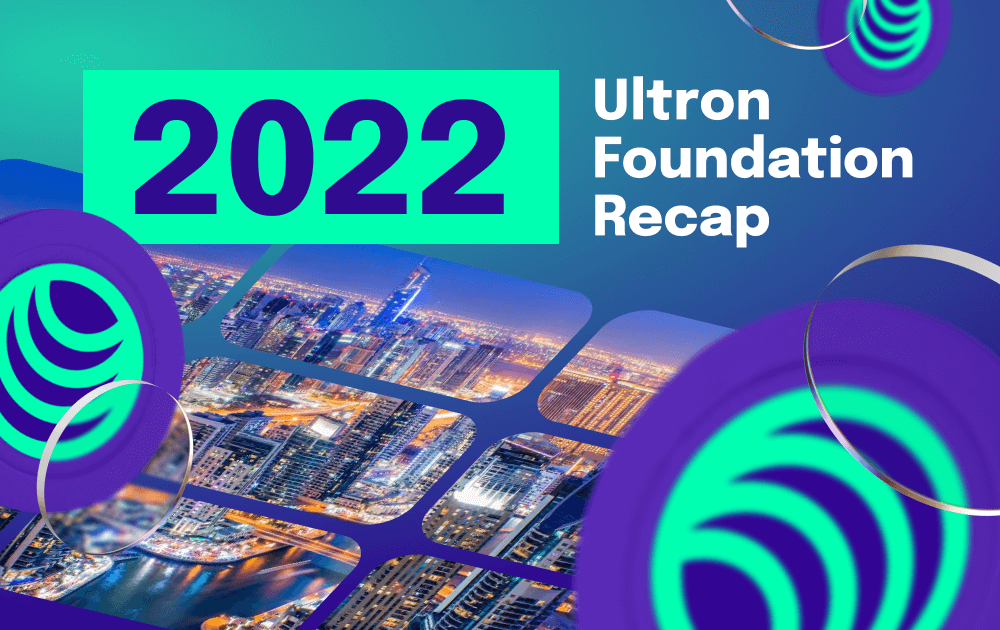 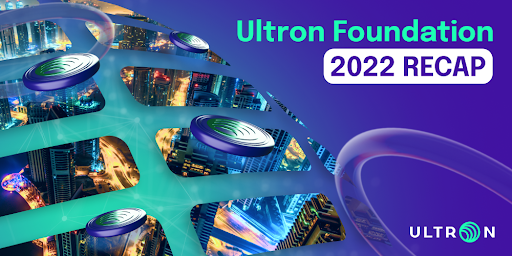 The first layer-1 blockchain project with its own dApp, the Ultron chain, was launched on June 1, 2022. The team of devs led by Shukhrat Shadibekov and Alex Topal hoped that the Ultron chain technology and its business strategy would not only be a game-changer in the industry but also be accepted and utilized on the broader spectrum.

Along with it, Ultron Foundation introduced a new way of supporting blockchain developments through the sale of the Staking Hub NFT – a vehicle that allows the owners to receive daily APR returns [in ULX] for staking and holding their ULXes. This innovative product released in the ecosystem enables users to grow their ULX digital assets without needing to trade constantly.

In July, the official Telegram channel for news and updates started to open a communication channel to reach out to our early supporters.

We gradually prepared the structure to introduce our DEX to the community. We made sure that it would be accessible and easy to use to improve the experience of the enthusiasts. We worked on being fully supported by Metamask because it is the widely used crypto wallet with over 30M active users.

As we make our way to deliver a convenient process to provide liquidity and produce a sustainable market for the project, the super devs built the cross-chain bridges for the launch of the DEX. The cross-chain bridges allow users to swap digital assets from different blockchain systems conveniently. Ultronauts can use ultronswap.com to bridge from Polygon, BNB, Ethereum, Avalanche, and Fantom.

An August to Remember

The team behind Ultron Foundation worked hard to establish its name and introduce the system behind the company's business structure. The company officially announced Shukhrat Shadibekov as the CEO and Alex Topal as the CTO and added a few more leaders to grow the company and guide its economic development.

On August 4, Ultronswap: A Decentralized Exchange with Supreme Features was deployed to add liquidity to the project, followed by the listing of ULX on Pancakeswap and Uniswap. These opened the gateway for crypto enthusiasts to get a hands-on experience with our technology. Reputable data aggregators like CoinGecko, CoinMarketCap, Defillama, Messari, Dextools, etc., picked up the big news and started to track ULX coin's performance on their platform.

Top CEXes such as Binance, Coinbase, and Crypto.com also recognized Ultron. Chainlist added Ultron chain's information making it accessible to millions of crypto users. This showcased the accessibility of our layer-1 blockchain project.

We Danced in September

DefiLlama started tracking Ultron's Staking Hub NFT, making the combined TVL soar to over 150M. The Ultron chain continued to resound in every corner of the blockchain world as we officially announced our partners for the Metaverse project.

Devla gmbH and Ultron Foundation partnered to create an immersive P2E Football Metaverse utilizing the Ultron chain to create a virtual economy inside the game. The development is ongoing and is expected to be launched in 2023.

The first NFT project will be premiered by celebrity and world-renowned tattoo artist Ivana Belakova aka Ivana Tattoo Art. In addition, Ultron tapped Cosmic Wire to curate a lifestyle-based utility for each tattoo art. The first collection will be available in the first quarter of 2023 via OpenSea.

With milestone after milestone achieved, the project has created massive traction from the community, pumping the value of ULX from $0.01 in June to an all-time high of $0.13 in September. We also made over 1M blocks in the chain when we deployed the Staking/Delegating feature on ulxscan.com. This feature allowed users to contribute their ULX to one of the validators to support the operation while earning up to 142% APR in ULX rewards. The numbers earned us the name of the fastest-growing layer-1 blockchain.

The most anticipated community channel was opened to the public in October with the introduction of Admiral Ultro, Ultronaut Supreme, and three other space rangers as the moderator of the server. A few hours after the server was opened, we gathered over 600 Ultronauts to join the interactive community.

The Future Blockchain Summit is the world's biggest exhibit of blockchain companies, held on October 10-13, 2022. Ultron Foundation joined this event as a silver sponsor with much appreciation from the government of Dubai. The company's goal is to meet our early supporters and network with fellow blockchain companies for collaboration.

During the short landing at the FBS, the Ultron Marketing Team published "The Ultronaut" magazine. It is an initiative to bridge the gap between the company and the Ultronauts via a digital and printed magazine.

The developments, especially the implementation of the buyback mechanism in the chain and the public appearance of the team at the summit, boosted the unique wallets created to 50K.

With the popularity of Ultron boosted by the turbo-pumping Ultronauts around the world, the chain has completed 2M transactions. That's a big leap in just five months of operation. We also welcomed new devs to create and maintain the chain as thousands of people started to use the technology.

Our CEO, Shukhrat, and CTO, Alex, joined AlphaGrowth's AMA to answer questions from the community. The AMA was held on Twitter Space and was listened to by over 2500 enthusiasts. The event garnered praise and excited the community as the duo revealed snippets of what's coming to the Ultronverse.

We have rapidly grown in the first few months after we launched, and as our CTO said, we are focusing on strengthening our blockchain system to welcome developers to create on the Ultron chain and expand its utility. They also mentioned plans of getting into CEXes and nurturing collaboration with other systems to bring a solid solution to the enthusiasts.

The sleigh driven by Admiral Ultro brought louder carols and valuable gifts to the Ultronverse by announcing the collaboration of two systems for strong cryptoeconomics in the blockchain space.

Ultron Foundation strategically partnered with one of the strongest protocols – the Witnet oracle. The integration of Witnet price feed and randomness oracles in the chain gives new teams of developers the flexibility to launch and create their ecosystem on Ultron's blockchain network.

We also celebrated the 3M blocks generated in the Ultron chain, our growing 10K telegram, and over 7K Ultronauts in the discord server. By the end of the year, Ultron took 16th place out of the 156 layer-1 projects in the TVL ranking on DefiLlama and geared for a more reliable chain as our team implements innovative ways to ensure seamless transactions in the system.

The end of the year is just the beginning of an exciting journey in pursuing better solutions in the DeFi world. We have grown so much from 40 senior devs to a team of 70.

The team at Ultron Foundation, composed of experts in IT, business, and true believers of blockchain technology, is focused on serving the Ultron chain not just for the earning opportunity but for improving the process of transactions, specifically in digital assets.

There are exciting developments that we are about to introduce to the world. It's going to be BIG!

Get the latest from Ultron Foundation by subscribing to our newsletter.
SUBSCRIBE